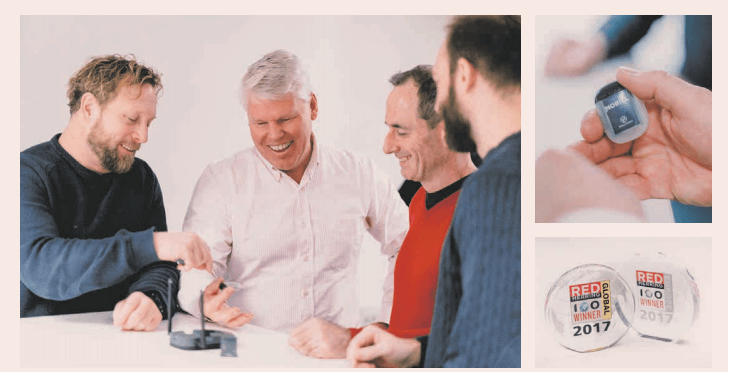 WITTRA IS MEETING THE REQUIREMENTS DEMANDED BY THE INDUSTRY

Sweden has always been at the forefront of new technology and innovation. Today, many global companies have their roots in Swedish innovation, thanks in no small part to the Swedish tendency of making breakthroughs in areas previously thought to be irresolvable.

The Internet of Moving Things (IoMT) is now set to present a new challenge – a market that already represents a billion-dollar industry, and one that is expected to grow exponentially over the next ten years. What was once thought to be impossible, or only solvable via manual intervention, is now able to be managed electronically by connected systems? Hospitals, industries, shipping companies, grocery companies and thousands more will become significantly more streamlined, and more efficient while reducing their waste and receiving automated updates on parts and devices that need servicing. Critical components will be able to be replaced on time, every time, leading to fewer breakdowns and costly production breaks. Similarly, connected smart cities will help make life easier and better for residents and their families.

With so much importance being placed on the IoMT, high standards are expected of the technology as well, most notably in the areas of:

In order for these demands to be met, a new way of thinking needs to be developed, one that makes it possible to use diverse radio technologies within the same singular system. Enter Wittra, with a solution that combines proven technologies with innovative radio wave solutions, previously dismissed as being impossible to use, particularly as a method of meeting the demands of the IoMT.

“Over the last five years, however, at Wittra we have developed a methodology that makes it possible to use standardized radio technologies within the same system. We’ve also developed positioning accuracy using radio technology that was previously thought of as being incorrect for this type of application. The result is a solution that meets all the requirements of the IoMT and more.”

And what a technology it is, protected with 51 patents and patents pending, both for the core technology and its applications. The patents include, amongst other aspects, positioning for specific video technologies, positioning and lockdown of tools, unique car alarm systems, and communication and positioning using both Wi-Fi and Bluetooth.

In addition, the Wittra system has the potential to make the industry up to 65% more efficient as a whole, which in turn has the power to change product preconditions for the entire market. By making use of existing systems within the industry and combining them with installed proprietary base stations, Wittra has succeeded in achieving both indoor and outdoor positioning with one system alone, while accomplishing data collection and global reach as well.

“The Wittra system connects devices, allows for positioning, and collects data in a way that no other solution has been able to achieve up to this point,” says Håkan. “We are revolutionizing the industry while receiving recognition for our progress, and I couldn’t be more proud of what the team has accomplished.”

Over the past two years alone, Wittra has laid claim to a number of prestigious awards, including: